Vice-Chairman of the Council

The Vice-Chairman of the Council deputises for the council's civic head and the first citizen of the New Forest. The current Vice-Chairman is Cllr Alan O'Sullivan. 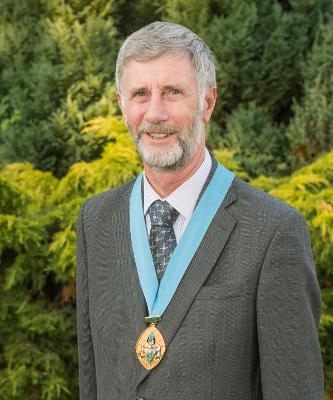 As my father was in the navy, I was born in the naval hospital in Southsea and spent most of my youth in the Portsmouth area. After spending ten years working for a national electrical retailer, I moved to New Milton in 1980 where I joined a local family firm and then spent the next 36 years in the high street helping local people purchase one of their biggest expenditures.

I am married to Valerie and I have a son, married to Rachelle, living in Torquay together with my two granddaughters who seem to be growing up too quickly. We both like cruising, long walks and enjoy meeting people and socialising when the opportunity arises.

I first became a Councillor when I joined New Milton Town Council in 1991 and, apart from a short break, I am still a member serving the local community. I then joined New Forest District Council in 2011 and have chaired the Audit Committee since its formation the same year. I have always been interested in local education and spent twenty years as a school governor, of which I was chairman for ten years, at a local junior school. I then became a Director of Arnewood School when they became an Academy and have spent the last four years as their Chief Executive Officer, from which I retired in March 2021.

I am also a founder member and treasurer of the Milton Heritage Society and look forward to the society acquiring the Station Masters House as a Heritage museum for New Milton. I also represent the District Council on Citizens Advice and the Town Council on The Forest Arts.

The role of the Vice-Chairman